Years After the Real Estate Crash, Renters Are Still on the Rise – Real Time Economics 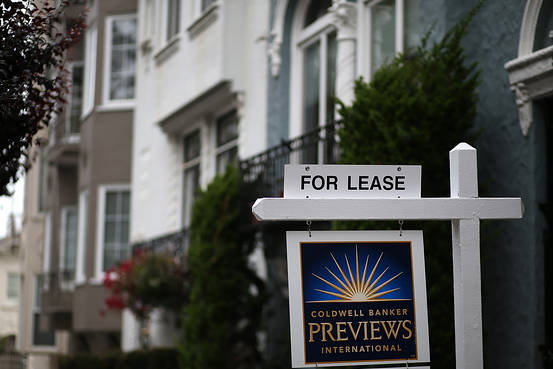 A home for rent in April in San Francisco, Calif.
JUSTIN SULLIVAN/GETTY IMAGES

Nearly a decade after the housing crash, homeownership is still waning and renting is on the rise, according to U.S. Census data released Thursday.

The homeownership rate fell to 63.1% in 2014, down from 63.5% in 2013, according to an analysis of the American Community Survey data prepared by Jed Kolko, a senior fellow at the Terner Center for Housing Innovation at the University of California, Berkeley. The homeownership rate peaked at 67.3% in 2006 and has fallen steadily since then.

“It shows us ways in which the housing market is recovering very slowly,” Mr. Kolko said of the Census data. 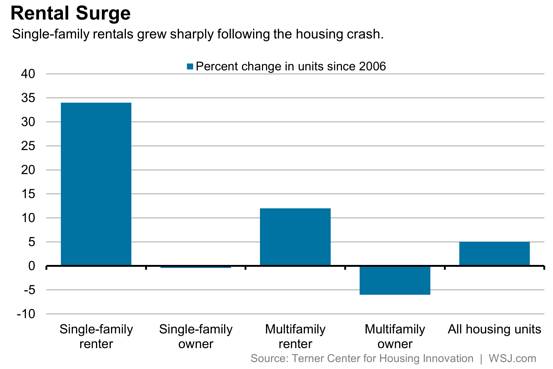 Many families fled to single-family rentals after losing their homes to foreclosure during the crash because they could remain in a more traditional house in their own neighborhood. But the data show that many are choosing or being forced to linger there years after they lost their homes.

That likely reflects the long wait time of up to seven years before people who go through foreclosure can buy again. Stagnant wage growth and rising rents have also made it difficult for many people to save for down payments.

“The rise of single-family rentals looked like a recession response to lots of people losing their homes….It turns out that this trend continues,” Mr. Kolko said.

Despite fears about rising housing costs, for homeowners low interest rates have made it very affordable to own a home. Just 31.2% of homeowners with a mortgage are cost-burdened—meaning they spend more than a third of their incomes on housing costs—compared with 50% of renters.

Renters Not Looking to Buy Any Time Soon, Zillow Says

Where Rents Are Eating Up a Bigger Share of Incomes