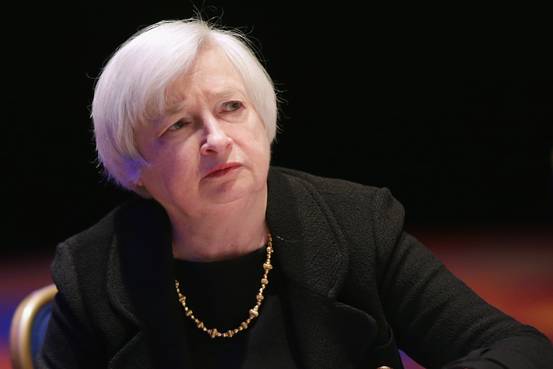 WASHINGTON—The Federal Reserve is providing a congressional panel with the names of its staffers who had contact with a consulting firm that published details of market-sensitive policy deliberations in October 2012, “with the understanding that the names will be kept confidential,” Fed Chairwoman Janet Yellen said.

“As you are aware, the [Fed] Board’s Inspector General and the Department of Justice are in the midst of an investigation into this matter,” Ms. Yellen wrote in a letter dated Monday to Rep. Jeb Hensarling (R., Texas), chairman of the House Financial Services Committee, and Rep. Sean Duffy (R., Wis.), who chairs the panel’s oversight subcommittee.

“We are cooperating fully with them and look forward to the results of their investigation. To avoid compromising that investigation, these names are being provided with the expectation that they will be kept confidential.”

Mr. Hensarling did not respond immediately Monday to a request for comment.

In October 2012, the day before the Fed released its minutes of its September 2012 policy meeting, Medley Global Advisors sent a report to its clients with several sensitive details that subsequently appeared in the minutes. A central bank probe into the matter found no major breaches of its communications policies.

The Fed’s investigation found a “few” Fed staffers had contact with Medley before the report, but did not identify them.

Mr. Hensarling in mid-April sent Ms. Yellen a letter requesting, by April 22, the names of Fed employees who reported some contact with Medley from June to October 2012.

A committee spokesman said the Fed didn’t respond by that date.

Ms. Yellen said in her Monday letter, which the Fed posted on its website, that her name appears on the list provided to the committee. She said she met with a Medley employee June 11, 2012, “to hear her perspectives on international developments.” At the time, Ms. Yellen was the Fed’s vice chairwoman.

“Nothing Medley Global Advisors reported in October about the events of the September 2012 [Federal Open Market Committee] meeting could have been conveyed in June and let me assure you that, in any case, I did not convey any confidential information,” Ms. Yellen said.

Medley Global Advisors did not respond immediately to a request for comment.

The central bank’s policy-making committee makes decisions on interest rates that can cause big moves in global financial markets. Confidential information about its internal deliberations or advance information about the minutes of its meetings or possible future actions can be worth huge sums of money to traders around the world.