Yes, China is Beginning to “Rebalance,” But There’s a Long Way to Go – Real Time Economics 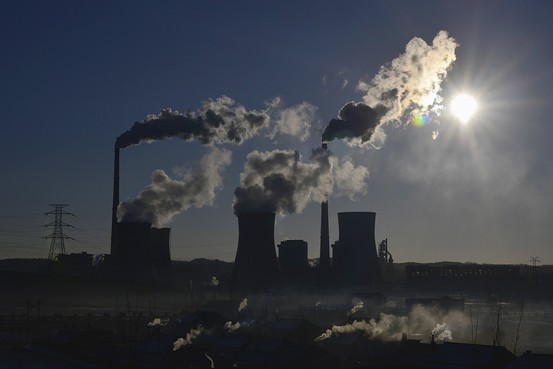 Smoke rises from chimneys and cooling towers of a thermal power plant during sunrise in Fushun, Liaoning province.
Reuters

At a packed press conference announcing the release of China’s second-quarter economic data this week, Statistics Bureau spokesman Sheng Laiyun painted a rosy picture. For Mr. Sheng — despite recent signs to the contrary — the “rebalancing” that economists have long hoped for is already underway.

“There is a clearer and clearer bifurcation between emerging and traditional industries,” he said. Though mining and heavy industry are in trouble, he said, services and high-tech manufacturing are gaining ground.

Most economists agree that China’s traditional growth model – based on exceptionally high investment in buildings, infrastructure and manufacturing capacity – has a finite lifespan. Though this kind of investment can drive growth at dizzy speeds, ultimately, demand for such goods starts to run out, at which point further investment ends up being wasted on unused factory capacity and bridges to nowhere. Accordingly, economists have called for a “rebalancing” to try and shift from a more investment-led model to a consumption-driven one.

The best hope for further growth is the services sector and greater emphasis on consumer spending. As Mr. Sheng noted, service-oriented economies tend to grow more slowly, but also more consistently than those reliant on manufacturing and construction. They are also more labor-intensive, so slower rates of growth can still generate plenty of jobs.

According to Mr. Sheng, over the last two years, China has indeed been transitioning to a more service-oriented economy.

In the Chinese government’s official narrative, everything is going according to plan. The economy is gradually rebalancing away from potentially wasteful investment, and Chinese households are able to consume more of the fruits of growth.

Yet the government’s recent measures to stimulate the economy – which it refers to as “fine-tuning” – risk undermining this welcome shift. Since April, unnerved by a rapidly cooling economy, China’s central government has stepped up spending on railways and low-cost housing and loosened credit.

Total new credit from banks and other lenders ballooned to 1.97 trillion yuan ($318 billion) in June, up from 1.40 trillion in May. With little in the way of consumer credit in China, most of that will fund construction or manufacturing investment.

“There is some mild rebalancing going on,” said Qinwei Wang, an analyst at Capital Economics. “But the current fine-tuning policy is not a good way to deal with the consumption versus investment issue.”

To be sure, policy makers are trying to make sure the funds go to genuinely useful infrastructure, not just white elephants. For example, government agencies have been banned from building new offices, after a rash of fancy new government headquarters sprang up around China.

But with the property market looking shaky and the world’s most extensive high-speed rail network already in place, it’s not clear that building more railways and high-rises is a better use of the money than, say, patching up China’s woeful healthcare system. Such health spending, for example, would show up as consumption in the national accounts.