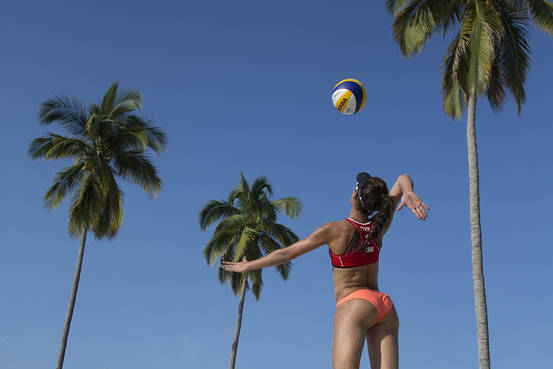 Hope that spur-of-the-moment trip to Mexico last year was lots of fun. Because it’s wreaking havoc on the U.S. trade balance.

It all comes down to services, the part of the economy where the U.S. is the undisputed global leader. Some services—often intangible things like financial advice and royalties—are traded between countries, and in the U.S. the exports of services reliably exceed imports. That’s a very important silver lining in the trade story, since on the goods side of the equation it’s the opposite—imports of products from China and other countries overwhelm U.S. exports.

Policy makers are keen to boost services exports even further, and a recent trade agreement with Pacific countries—the Trans-Pacific Partnership—could unlock some services trade blocked by U.S. trading partners, assuming the deal is ever approved in Congress and other parliaments.

What officials aren’t so happy about are services imports. On Friday, the Commerce Department reported that the services trade surplus—the amount by which exports exceeded imports—shrank last year, since services imports rose at a faster clip than exports.

U.S. imports of all services rose by $11.6 billion to $489 billion last year, about twice the increase that services exports saw. That’s bad news for the trade balance, since imports subtract from gross domestic product.

And that’s where the trip to Mexico comes in. The category of services imports with the biggest increase was travel, which climbed $9.7 billion last year. As the dollar rose against the euro and other countries, Americans increased their foreign travel, making 66.7 million trips abroad in the first 11 months of last year, compared with 61.9 million in the same period in 2014. 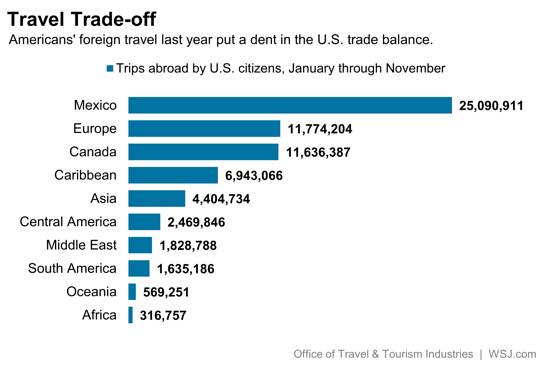 Spending on U.S. Travel and Tourism Slows in the Third Quarter